Track us here on Bandsintown 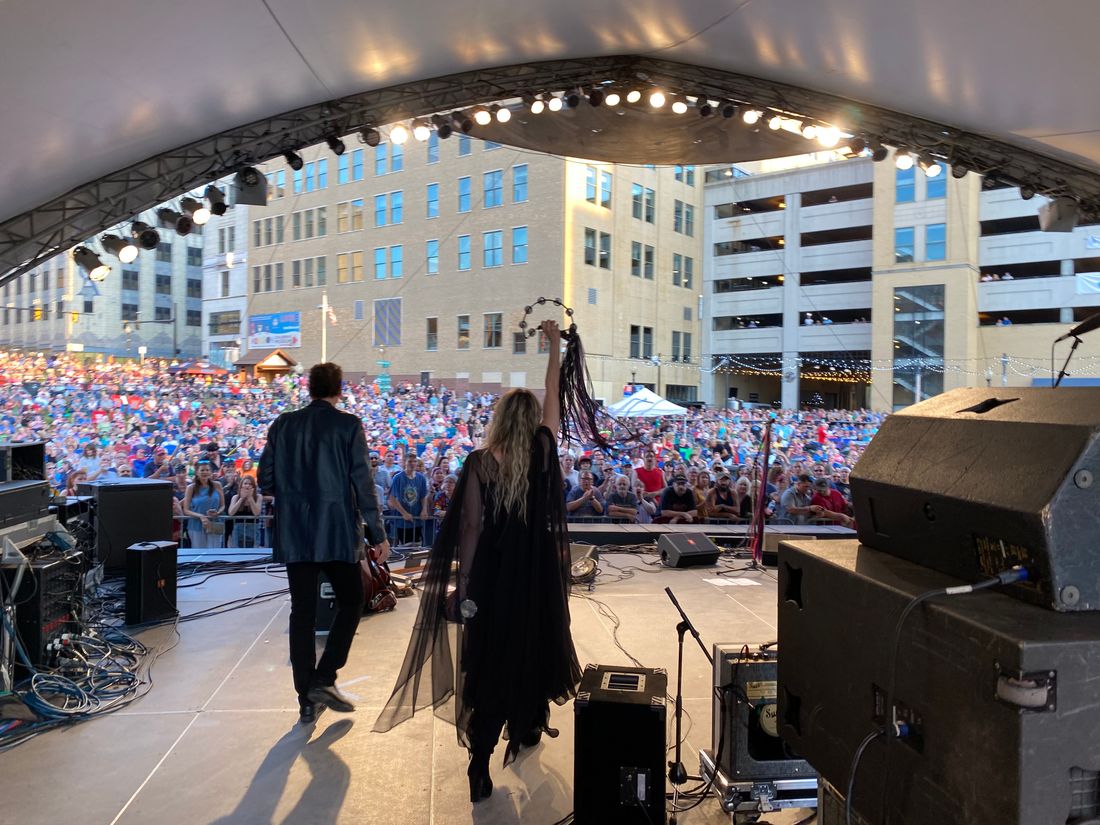 What people are saying about Fleetwood Macked

rocknroller84 The Paramount, Huntington Both Voyage and Fleetwood Macked were great!!!!!! the venue was packed.

BoatLvr Penn's Peak, Jim Thorpe Hugo is defininetly a dead ringer for Steve Perry and the group was fantastic! Also Hillary Epstein nailed Stevie Nicks...The sound , the look, the movements, the attitude!!!!! I highly recommend Voyage and Fleetwood Macked. It was our Anniversary and first time to Penns Peak...We had a wonderful experience and plan to return to The Peak!!! We'll definitely return next year for an oncor of Voyage(Journey) and hopefully Fleetwood Macked too and next time we'll bring some friends! Thank You for a Great Evening!

MENTOR ROCKS CONCERTS Mentor Ohio Fleetwood Macked was GREAT and a pleasure to work with !

Rick Frost I had the distinct pleasure of experiencing the Fleetwood Macked Show, within the past couple of months, and they are truly amazing! A packed house, as is par for the course, everywhere they appear, I was absolutely mesmerized by Hillary Epstein's moves, mannerisms and vocals! It was like watching Stevie Nicks. The band has the repertoire of Fleetwood Mac Tunes down cold and if you close your eyes, you'll swear that Sue Rowe and Hillary Epstein, are in reality, Christy McVie and Stevie Nicks. But, you don't want to keep your eyes closed to long, because you'll miss the whirling dirvish of Epstein, who has Stevie's moves so perfectly replicated. In the world of suspended disbelief, in which you rely on your senses alone, it is easy to believe, you have been taken back in time and are watching the original Fleetwood Mac! I had heard they were the "ultimate Fleetwood Mac Cover Band " - having experienced their show - I now know they are exactly that!!! This is a band you don't want to miss!

Charlene Lebo Awesome band! They played for a Night of Music 2015. It was like Fleetwood Mac was there.

Jimi Fritz You MUST check out this FM Tribute band.Fleetwood Macked will DELIVER!!!!!